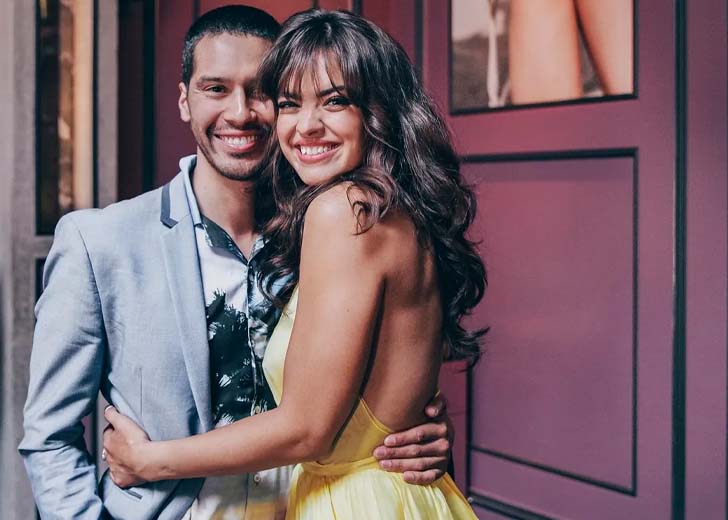 Find out the truth!

Nina Marie Daniele, aka Nina Drama, is an American model and internet personality who came into the limelight after being named the Playmate of the Month by Playboy magazine in April 2017.

Coming over to her personal life, Daniele has been in a long-term relationship with her boyfriend, Jhanelle Castillo, a creative director. But the question on people’s minds is if the couple is still together. Continue reading to find the answer!

Are Nina Marie Daniele and her boyfriend still together?

The topic of Daniele and Castillo’s possible breakup arose after people noticed that it had been ages since the two posted a picture with each other on their social media handles, particularly on Instagram.

The last time Castillo posted a picture with his girlfriend was on January 31, 2019, when he shared a photo of his and Daniele’s feature on the Kohl’s × Clarks. Before that, he had shared some snaps from their trip to Exuma, The Bahamas, on January 27, 2019.

Similarly, the last time Daniele featured her boyfriend on her Instagram handle was on March 7, 2020, when she shared a meme-type clip of her and Castillo. Since then, neither of them has posted anything about each other.

So, what happened to the couple? Are they still together? Those worrying about the same question can relax as it seems the two are still together. We can say so because there are proofs of their togetherness.

First and foremost, although Castillo hasn’t posted anything about his partner on his Instagram feed, he does share small clips and other things about her via his Instagram stories. His most recent Instagram story of June 28, 2022, is strong proof of that.

Similarly, if we look at Daniele’s TikTok handle, we can find numerous TikTok videos she has made alongside her boyfriend. One of the duo’s most recent TikTok videos was posted a day ago, on Monday, June 27, 2022.

Furthermore, many of those TikTok videos are also shared by Daniele on her Instagram handle. However, many might not recognize Castillo now as there have been some changes to his facial structure due to aging. As for why people might not recognize him, he has been inactive on Instagram since January 2019.

So, many might not know what he looks like now. To conclude everything, Daniele and Castillo haven’t split and are still together. The couple might have opted to maintain some privacy over their relationship, especially on Instagram; therefore, there are no posts about them in recent times.

As of this writing, it remains unknown how and when Daniele and Castillo first met each other. However, some of Castillo’s Instagram posts give us the idea that he and Daniele remained friends for some time before they began dating.

As for when they started dating, their relationship officially took a romantic turn on June 11, 2010. Since then, the couple’s togetherness has only been stronger, and they have continued to help and support each other in every circumstance.

Over the course of their romantic relationship, Daniele and Castillo have gone on vacations to different places and shared multiple snaps from their trip with their well-wishers. Additionally, they have been raising a couple of dogs.

On June 11, 2018, they celebrated their eighth dating anniversary. Marking the special occasion, Castillo took to his Instagram handle to share a couple of pictures and wrote a heartfelt caption. He first wrote, “HAPPY 8 YEAR ANNIVERSARY TO US.”

“People always say that you should never date your best friend. Glad I never followed that advice. Truth is… true love never follows rules! Nina, you are the love of my life, my soulmate, and my best friend,” he added.

As he continued, he thanked his partner for always inspiring him and for being the best “fur-mom” to their five kids [pet dogs]. In the end, he joked that if no one asked him about their wedding, he would marry Daniele at the end of the year with her consent and her parents’ blessing.

Nonetheless, it seems like the couple is yet to get married. So, Daniele and Castillo aren’t a husband and wife duo yet. But it hasn’t affected their relationship as the two are still going strong. As of now, they have been together for more than 12 years.

While Daniele and Castillo’s break-up rumors were still there, it was also speculated that Daniele was dating Adam Waheed, aka Adam W — a comedian and content creator on YouTube and TikTok.

The speculations about their romance started as the two often collaborated to make funny skits on YouTube. And in most of the videos they made, they would often roleplay as girlfriend and boyfriend and call each other “babe.”

So, some wondered if the two were dating in real life as well. However, that isn’t true as Daniele is still in a relationship with her longtime boyfriend, Castillo. As for Adam W, it seems like his relationship status is single.

Maya Hawke's Parents Tried To Protect Her 'From Falling Into Acting'