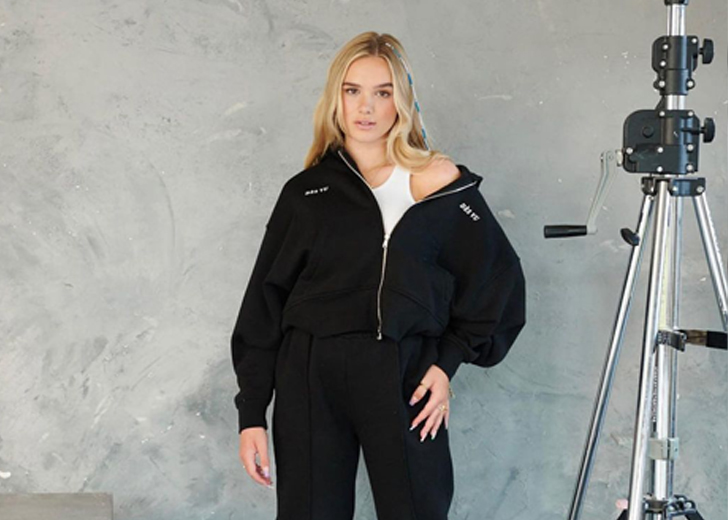 Kaci Conder is an internet personality and a YouTuber who came into the limelight after making several appearances on her family YouTube channel titled Dad V Girls, a channel that has garnered over 1.21 million subscribers.

Additionally, she also runs her own YouTube channel named Kaci-Jay. The channel has gained over 447 thousand subscribers and collective views of more than 44 million to date.

In her YouTube channel, she uploads various kinds of content, including pranks, challenges, make-up tutorials, Q&As, vlogs, and more.

Here are five facts about Kaci Conder that you might need to know if you are a fan!

Born in 2005, Conder celebrates her birthday on the 4th of June every year. Taking the numbers, her current age is 16.

She turned 16 this year on June 4. A couple of days after her birthday, she took to her Instagram handle to share some pictures with a caption that read, “16 birthday day out.”

Although her birthday was on June 4, her birthday party came a little late. On July 23, 2021, she posted a series of pictures from her late birthday party in which she was seen wearing a lovely white dress. She was standing in front of a huge 16 sign that was covered with balloons and flowers.

Kaci Conder was born on June 4, 2005, and was raised in the suburbs of England. Her birth name is Kaci Jay Conder. As per her date of birth, her zodiac sign is Gemini.

As for her education, Conder mentioned in one of her Q&A videos that she studies at an all-girls school. Currently, the name of the educational institution is unknown.

2. Conder Is the Eldest Child of Her Parents

The English YouTuber is the eldest child of her parents; Joel and Sarah Conder. Her father is a professional cameraman who previously ran a channel on Vimeo. Later, he created a YouTube channel, Dad V Girls, that eventually led to their popularity.

Kaci’s parents gave birth to her while both of them were still in their teenage. In one of their Q&A videos, Joel and Sarah opened up about having a child during their teenage. Joel mentioned that he could never regret having Kaci because it led to the creation of his “amazing family.”

As for her mother, she stated that while it was not so good idea to have a baby as a teenager, it worked out pretty well. The parents have a great bond with Kaci and regularly share pictures through their social media handles.

3. She Has an Average Height

Considering that Conder is just 16 years old now, she has an average height as well as weight. She stands at a height of 5 feet 5 inches or 1.68 meters and weighs around 59 kg or 130 lbs.

4. She Has a Healthy Fan Following

Being a well-known YouTube personality has surely impacted Conder’s social media handles as she currently relishes a healthy fan following.

However, compared to those numbers, her followers on Twitter is very much less as she only has 145 followers there. It might be because she isn’t active there and is yet to share any posts. Currently, it seems she is not available on Facebook.

After making regular appearances on her family channel, Dad V Girls, Conder gained quite popularity. Soon, she decided to make her own YouTube channel, Kaci-Jay, and she did so on July 1, 2018.

On the 30th of July, she posted her first video titled “Primark Spray on Foundation FAIL.” Ever since then, she has been posting videos on a regular basis. The content of the videos varied from each other such as makeup, challenges, pranks, and vlogging videos.

As time passed, her channel’s growth increased. As a result, she started to get brand endorsement deals from different products such as Missguided, Pretty Little Thing, Spotify, and other fashion and lifestyle brands.

Later, she launched her own line of merchandise on the website kacijay.shop. The merch line included Kaci-Jay Makeup Bag, Makeup brush that came in pink and rose-red color, and many more.

With such a fruitful career, it must be sure that she has been earning well and has a decent net worth. As per social blade, Kaci Conder’s YouTube channel generates an estimated yearly income of $2.3K – $37.4K. Additionally, her net worth is estimated to be around $500,000.