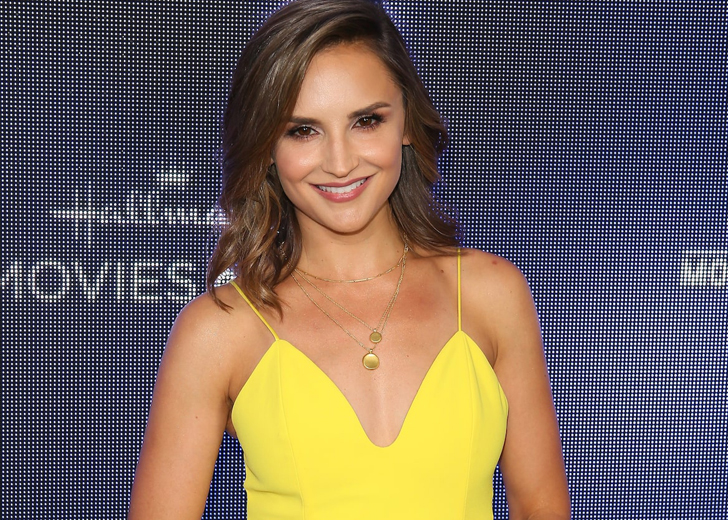 Rachael Leigh Cook is an American actress who has made quite an impact in the entertainment industry. With her amazing performances, she has been able to win the hearts of millions of movie lovers from around the world.

Ever since she began her acting career, at the tender age of 16, she has been continuing her journey without looking backward. Currently, she has a total of 97 credits as an actress only on her IMDb profile.

Thanks to some brilliant performances in some of those gigs, she has managed to grab some awards, including one Grand Jury Prize award, one Moxie! Award, one Teen Choice Award, and so on.

Here, we will learn about Cook’s journey in the entertainment industry and her role in the 1999 hit movie She’s All That which gave her the major limelight.

At the age of 10, Cook started her career as a model and began appearing in ads. However, she eventually realized that her interest lies elsewhere i.e. acting. When she was 14, she moved to Los Angeles and gave an audition for the movie The Baby-Sitters Club (1995).

Luckily, she got the role and it marked her start in the acting show biz. Following her debut, she continued to play some small roles in movies and TV shows such as Carpool (1996), True Women (1997), Strike! (1998), and so on.

She finally got her big break in 1999 when she played the role of Laney Boggs in the movie, She’s All That. Her prominence has been rising ever since and that has directly influenced her getting more limelight.

From 2000 to 2015, she became a part of some amazing movies and TV shows, including Sally, Blow Dry, The Big Empty, Stateside, Into the West, Nancy Drew, Titan Maximum, Psych, The Family Tree, Red Sky, and Perception.

After 2015, the 41-year-old actress has made her appearance in Summer Love, Summer in the Vineyard, Frozen in Love, A Blue Ridge Mountain Christmas, Love, Guaranteed, Robot Chicken, and He’s All That.

Cook’s Role on ‘She’s All That’

She’s All That is an American teen romantic comedy movie that was released on January 29, 1999, in the United States. The film was an adaptation of Lerner and Loewe’s 1956 Broadway musical My Fair Lady and George Bernard Shaw’s play Pygmalion.

The movie was a huge success with it becoming one of the popular teen movies of the late 1990s and grossing over $103 million worldwide in the box office.

Talking about Rachael Leigh Cook’s role in it, she portrayed the female lead role of Laney Boggs. Accompanying her in the male lead role was Freddie Prinze Jr. who played the role of Zack Siler.

For her performance in it, she received mixed reviews from the critics, though they clearly loved the performance but were quite dissatisfied with the script. Not only that, but she also received several awards and nominations for her role.

The accolades include one Blockbuster Entertainment Award, one Blimp Award, two MTV Movie Awards nominations, one Teen Choice Award, and one YoungStar Award.

Almost 22 years after the release of She’s All That, a gender-swapped remake of the movie, He’s All That, was released on Netflix on August 27, 2021. Some new additions were made to the cast, with Cook and some other old cast returning.

Although it was a gender-swapped remake only, Cook played the role of a whole new character. In it, she appeared as Anna Sawyer, mother of Padgett Sawyer, the lead female character played by actress Addison Rae.

How Much Is Rachael’s Net Worth?

With such a flourishing career in the entertainment industry, it must be sure that the 5 feet 2 inches tall American actress has earned some hefty pay-cheques.

So, how much has she earned and how much is her net worth? Well, as per Celebrity Net Worth, Rachael Leigh Cook currently has an estimated net worth of around $5 million.