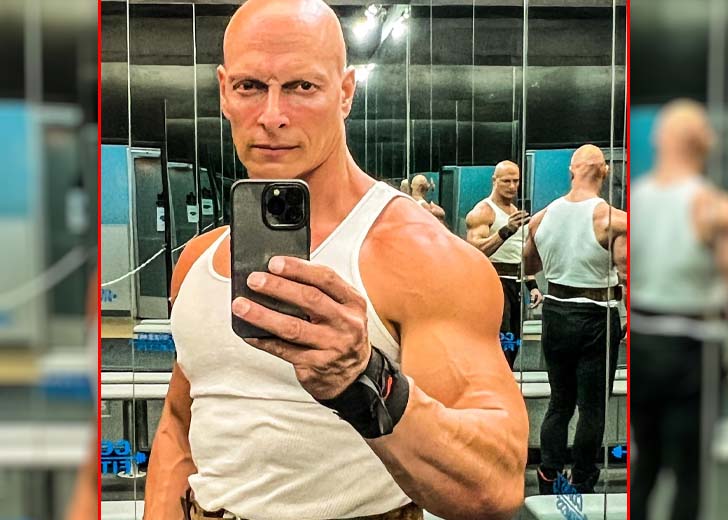 Your weakness doesn’t define who you are!

“Your weaknesses shouldn’t stop you from achieving big things in life.” English actor and model Joseph Gatt, also Joe Gatt, is a perfect example of this saying.

Gatt is diagnosed with Alopecia, which occurs when the immune system destroys the hair follicles resulting in hair loss.

In an open letter posted on Facebook, he once revealed how his professional career had been lifted and grown by his hair loss. The actor shared that he first started losing his hair when he was 11.

Opening about the disease Joseph was diagnosed with

The actor shared in the open letter, “As most of you know, I have Alopecia, an autoimmune disorder that causes the body to attack its own hair follicles, thus preventing hair growth. It doesn’t affect the body in any other way and is not contagious.”

Gatt went on to write that by the time he was 14, he had lost all of his hair and has been “pretty much the same ever since.” He also said that the early years of his hair loss were difficult, with mocking, bullying, ignorant comments, bias, and judgments.

He added, “I didn’t see a way forward. I didn’t leave the house. If I did, it was always with a cap on.”

Worse, the actor claimed that all but one of his friends abandoned him because few people at the time understood what Alopecia Areata was.

To be more specific, the actor has from Alopecia Universalis, a disorder that causes total hair loss on the head and body (its more common sister condition Alopecia Areata usually causes patchy hair loss of the scalp only).

Even now, Alopecia Universalis is poorly understood and challenging to treat, which may explain why cancer medications are being considered a therapy option by specialists worldwide.

He also talked about how stigmatizing those with alopecia might lead to suicide.

“Also, a 12-year-old girl recently committed herself due to bullies at her school using the same phrases against her. As a result, this experience has profoundly impacted me,” he continued.

“We have to stop masking cruelty and denigration beneath ‘funny,'” Gutt said. You need to develop better jokes if you have to be rude and abusive to tell a “funny. Kindness is a virtue.”

How Joseph’s weakness converted into his strength

Gatt claims that his Alopecia caused him to choose between giving up and ending his life or reinventing himself, using his hair loss as an excuse to “to create a better me” that he and others could adore.

He claims that the fact that he is still alive today proves that he made the right decision. He enrolled in drama school, began working out at the gym, and the rest is history. “I consider myself fortunate to have Alopecia,” he says.

“Without it, I would not have been forced to make those difficult decisions or fight those fights that have led me to the fortunate life I now enjoy.” “Ironically, I would not be able to pursue my dream of becoming a successful actor if it weren’t for Alopecia.”

Who is Joseph Gatt?

Gatt was born on December 3, 1974, in the Notting Hill area of London, to Maltese immigrant parents; his father is from Paola, and his mother is from Lija.

Furthermore, he spent his childhood summers in Malta with his family. He found he was color blind as a youngster, which stopped him from pursuing his childhood aspiration of joining the Royal Air Force and becoming a jet pilot.

Also, he began his acting training at the Sylvia Young Theatre School before enrolling in the Mountview Academy of Theatre Arts, where he earned a bachelor’s degree.