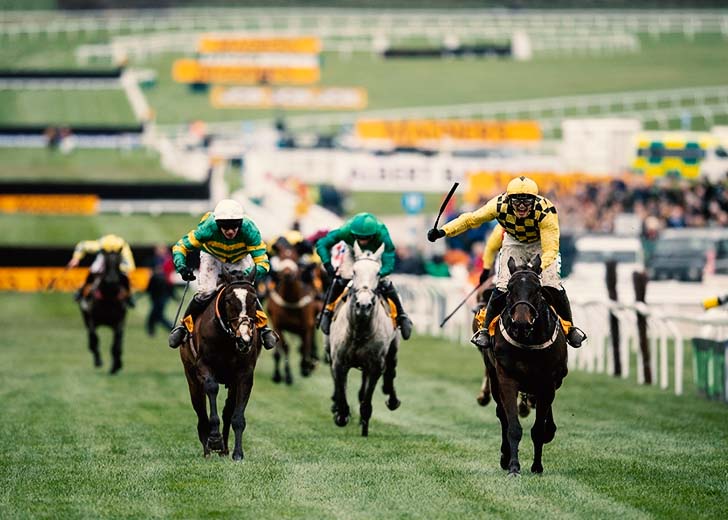 Picture this: a neck-and-neck finish to the Cheltenham Gold Cup, hooves thundering up the home straight, the sound of 30,000 fevered racing fanatics roaring the horses home, the crossing of the line, the throwing of betting slips up into the air — all the sights and sounds of Cheltenham that we know and love so well.

This year’s Festival promises to be one of the best ever. The return of spectators will restore the meeting to its former glory after the 2021 edition felt like a certain part of its soul was missing in spite of the hugely dramatic action which unfolded on the racecourse. This year, the famous ‘Cheltenham Roar’ will feel louder than it ever has before.

No race will feel more special than the Gold Cup, which stands as the blue riband event for the Festival each year. It is one of the most coveted races on the horse racing calendar, with victory holding the potential to catapult a horse, jockey, and trainer to the forefront of the sporting headlines. Those who grow up loving horse racing dream of one day winning the Gold Cup, but it only becomes a reality for a lucky few.

Last year, it was Henry de Bromhead, Jack Kennedy, and Minella Indo who got to sample the unique taste of Gold Cup glory. It capped a fantastic Festival for the trainer and a coming-of-age moment for the horse and jockey, neither of whom had been too heavily fancied in the Cheltenham betting to threaten stablemate A Plus Tard or the defending champion Al Boum Photo.

As the countdown continues to this year’s Gold Cup, there is a sense that things are building towards one of the most memorable races of all time. The significance of the Festival as a whole, with the presence of spectators and the return towards normality in terms of sporting events, along with the sheer quality likely to be on show in the race, make it one to be savored.

The current favorite in the Cheltenham tips is A Plus Tard, who missed out last year by finishing second to his aforementioned stablemate Minella Indo. Rachael Blackmore was in the saddle, and despite the sensational Festival she enjoyed, someone as competitive as her will undoubtedly have been riled by missing out on the meeting’s biggest prize. Expect a big performance this year.

Then there is the relatively unknown quantity that is Galvin. The Gordon Elliott-trained horse burst into Gold Cup contention by getting the better of A Plus Tard to win the Savills Chase at Leopardstown at the end of December. Now, big things are expected of the seven-year-old in the Cheltenham showpiece, and it will be interesting to see how he performs.

Of course, Minella Indo is also fancied to give a strong showing on his defense of the crown, while there is also the wildcard that is Al Boum Photo. The Willie Mullins-trained horse won the Gold Cup on two consecutive occasions in 2019 and 2020, and although he is now 10 years of age, he still has the quality to produce a stellar performance on the day. There are so many potential winners of this year’s Gold Cup, and that’s why racing fans up and down the country are getting so excited in advance of the race. Whatever you do, make sure you tune in on March 18th!