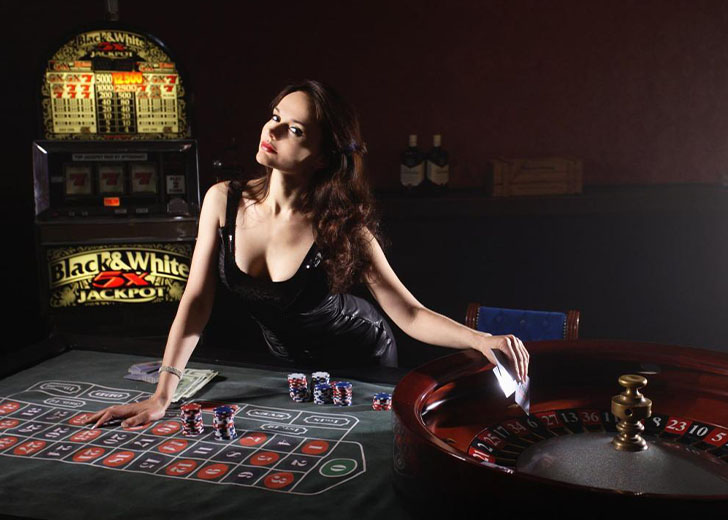 Since the golden age of gambling games in Nevada, women have always played an important role in bringing success and glory to the industry. Though casinos are often referred to as a male-dominated industry, women have always succeeded to leave their mark in this ever-growing business.

Nowadays, more and more women are making a name for themselves in this highly competitive casino world that is everchanging. When browsing the internet, you will find several trending well-documented sources featuring the most remarkable female figures from the gambling world.

From legendary poker bettors to online casino CEOs, women seem to never take a break from crossing boundaries and redefining stereotypes. We hope our well-selected list will bring light to the remarkable contribution these women have brought to the world of casinos.

Vanessa K. Selbst is a former professional poker player from New York and a Yale Law graduate. She is the only woman in history to become the number one poker player on Global Poker Index and win three WSOP bracelets in open field events.

In 2013, the famous poker player won the PCA high roller, which earned her a prize of $1.4 million. The generous award made Selbst the highest-earning woman in poker history. Currently, her overall poker winnings have surpassed US$12 million.

Although she has decided to retire due to the pressure of being in the spotlight, Selbst remains an active investor and a poker enthusiast. Soon after her retirement, she got a job with Bridgewater Associates hedge fund, trying her hand at the finance game.

She has also gotten more involved in doing charitable work, fighting the injustice the LGBTQ+ community faces in their everyday life.

Denise Coates is a billionaire businesswoman of British origin. She is the founder, joint chief executive, and majority shareholder of the highly acclaimed online gambling company Bet365. The website offers both casino and sports betting services to clients.

According to the 2019 October Forbes magazine, Coates’ net worth consists of over $12.2 billion. In 2022, her yearly registered salary was £422 million. Her earnings were also completed by dividends with a value of over £48 million. She has become the highest-paid chief executive in Britain since 2021.

At 22 years old, Denise Coates was an accountant with an econometrics degree granted by Sheffield University. She has started making her stand in the casino world by operating small betting restaurants. Due to her vigilance and hard work, she was soon promoted to a management position.

In 2001, she started her own gambling company, Bet365. In only three years, the online casino successfully attracted over 22 worldwide users. Currently, Coates owns 50.3% of the Bet365 Group shares.

Annette Obrestad is a Norwegian Youtuber, and professional poker player born on 18 September 1988. She is a rising star in the global gambling world, as she has managed to win millions from poker tournaments before turning 19.

She is the youngest person to ever win a World Series of Poker bracelet, a goal she achieved in 2007, at the World Series of Poker Europe. She has also won second place at the 2007 PokerStars.com European Poker Tour in Dublin, after successfully holding the chip lead throughout most of the final round. Her achievement was rewarded with a prize of $431,184.

She uses the username Annette_15 when playing online poker. She has also earned the nickname Huntress in the poker community, as she is always on the watch for landing a new winning hand.

Obrestad holds second place among the all-time Norwegian poker players in live tournaments. In 2020, her total earnings exceeded $3.9 million. She is a real inspiration for all the female poker players that are trying to make a name for themselves in a male-dominated industry.

Sarah Knight-Preddy was an American businesswoman and gaming pioneer in the state of Nevada. She is celebrated and worshipped in all of Nevada for her reputable contribution to the development of the gambling industry.

In 1950, Preddy has become the first and only woman of colour to receive a gaming license in the state of Nevada. She ran the Hacienda Hotel in Las Vegas with her husband, which included a casino meant to entertain their guests and invited patrons.

After the sudden death of her husband, she has become the first woman to own and operate a casino hotel anywhere in Nevada. Although she lacked any professional training in the management department, she successfully made the family business flourish.

Her contribution to the gambling industry included the addition of casino games like Pan, Keno, and Poker in Nevada casinos. She successfully carried on with her casino business until 1958 when the city of Las Vegas passed an ordinance that forbade women to work as casino dealers.

Her legacy includes her involvement in numerous projects that militated for the rights of women and people of colour in the state of Nevada. Before her death in 2014, Preddy published an autobiography book called 72 Years in Las Vegas.

Women included on our list are renowned both for fighting for female rights and shattering world records, proving fantastic management, and playing skills in a variety of games. Therefore, they could serve as exceptional role models for all the women out there who are dreaming of making a name for themselves in the casino industry.

Streamer Pokimane Shares How It Feels Dating Other Gamers