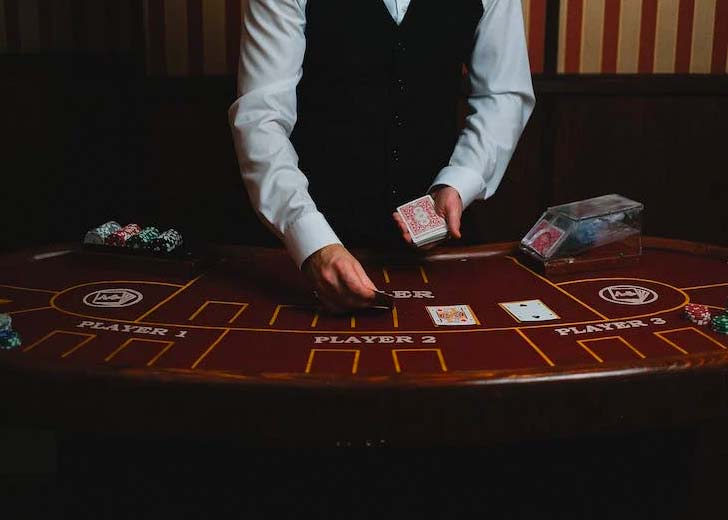 In games that follow the traditional poker hand rankings, no other created hand can compete with a royal flush.

Any poker-related movie you watch makes it seem inevitable that a royal flush would eventually emerge. The ten, jack, queen, king, and ace are all playing cards in this poker hand, and they are all of the same suit.

Usually, this hand is dealt to the movie’s hero, and it is dramatically revealed. The best hand in the poker card game is a royal flush. The requirements for this hand make it extremely challenging to be given a royal flush.

On the list of poker hand rankings, the Royal Flush comes out on top. It is impossible to beat this hand since it is the strongest one in poker. It is created when we have all cards from the same suit and have the Ace-high straight.

There are several variations of how poker may be played. We’ll suppose that each player receives five cards from a conventional 52-card deck. The player keeps all of the cards that are dealt to him or her, and there are no wild cards.

In order to determine the likelihood of receiving a royal flush, we need to know two numbers:

Knowing these two figures makes calculating the likelihood of receiving a royal flush quite straightforward. Simply dividing the second number by the first number is all you need to do.

How Does a Royal Flush Hand Rank?

A straight flush is one form; nevertheless, a royal flush tops all other straight flushes. This implies that each card must belong to the same suit. There are several distinct types of flushes. In contrast to most flushes, a royal flush specifies the value of each of the five cards in full. A ten, jack, queen, king, and ace of the same suit must be held in your hand.

There is only one set of cards that may be combined with these cards for each given suit. There are only four potential royal flushes that may be dealt since there are four suits of cards: hearts, diamonds, clubs, and spades.

The Probability of a Royal Flush

The statistics above already indicate that a royal flush is unlikely to be dealt. Only four of the almost 2.6 million poker hands are royal flushes. These roughly 2.6 hands are spread equally. Each of these hands has an equal chance of being handed to a player since the cards are shuffled.

The number of royal flushes divided by the total number of poker hands represents the likelihood of receiving a royal flush. Now that we have divided, we can see that a royal flush is certainly uncommon. There is only a probability of 4/2,598,960 = 1/649,740 = 0.00015% of being dealt this hand.

This little of a likelihood is difficult to comprehend, much like huge figures. To put this figure in perspective, consider how long it would take to play through 649,740 hands of poker. There would only be 7300 hands dealt in a year if you were dealt 20 hands of poker each night of the year. You should only anticipate seeing one royal flush in 89 years. So, contrary to what the movies may have us believe, this hand is not as prevalent.

What Beats a Royal Flush?

In games that follow the traditional poker hand rankings, no other created hand can compete with a royal flush. The greatest hand in games like Texas Hold’em and Pot-Limit Omaha is a royal flush. Hello, Short Deck Hold’em and other card games.

However, the royal flush is a high hand that can never be beaten. Two players cannot utilise their hole cards to complete a royal flush in the same hand in Texas Hold’em or Pot-Limit Omaha.

Does a Five of a Kind Beat a Royal Flush?

A regular 52-card deck is not used in games where five of a kind can happen. Jokers or any other form of wild cards that would make five-of-a-kind feasible are not used in the Texas Hold’em and Pot-Limit Omaha games that are played in casinos all over the world. Any poker game that offers the chance to get five of a kind isn’t playing with a conventional poker deck.

Does a straight flush beat a Royal Flush?

A straight flush can beat most other hands, including four of a kind, full house, and three of a kind, but it cannot beat a royal flush. Although flushes are among the finest possible poker cards, a royal flush always prevails.

How Much Poker Hand Matter in Winning the Game? Read to Know More