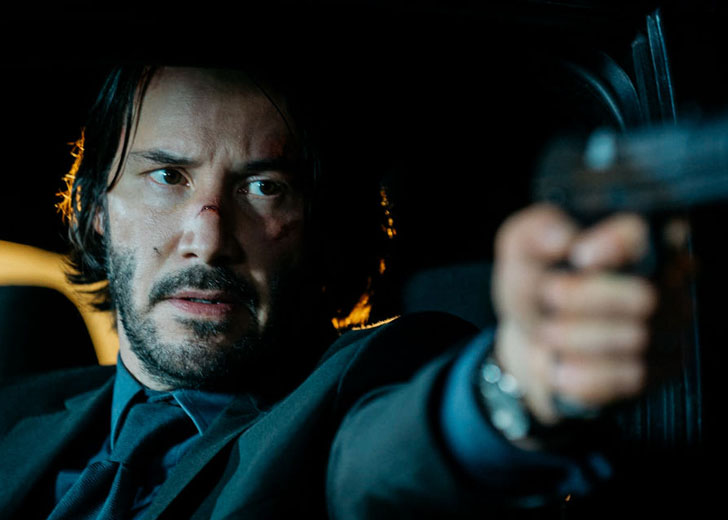 You probably didn’t know this!

The hugely popular actor Keanu Reeves was last seen in a leading role in 2021’s The Matrix Resurrections. While we wait for him to appear on the big screen in his next role, we can find Reeves in a variety of other types of entertainment.

As A Character In Two Casino Slots

The current trend for fun online slot games being based on a variety of themes lets players choose from titles like Blazing Bandito, Cursed Knight Rider, and Super Rainbow Megaways. Among the most popular slots, we can also see Bill and Ted’s Excellent Adventure and The Matrix, both of which feature the actor’s image among the symbols.

Other movies such as Gladiator and Terminator have slots based on them, but no other actor appears in two different casino games. Reeves also makes an appearance as Johnny Silverhand in the Cyberpunk 2077 video game. This character is a charismatic rockerboy who died in the game’s backstory but appears on the screen to tell you important details.

You can also collect some of his most iconic items of clothing and weapons by going on side missions as you play. He has appeared in other video games, like 2003’s Enter the Matrix and The Matrix Awakens from 2021.

The latter game features the actor both as himself and as the character Neo, with this game also acting as a demonstration of innovative technology found in the Unreal 5 engine.

Reeves has carved out a career as a comic book creator, too. BRZRKR is co-written by the actor and Matt Kindt, while Ron Garney adds the drawings. The story follows an immortal warrior who has to battle through different time periods as he seeks to discover the truth from the government. With sparse dialog and lots of bloody action, it’s a dramatic series of stories aimed at adults that have captured the imagination of the public.

BRZRKR is officially classed as the highest-selling comic of the 21st century, raising over $1.4 million on a Kickstarter campaign. The second volume is expected in April 2022, while Netflix has already confirmed that they will produce a live-action film of the series, which will then be followed by an anime series.

In the movie, Reeves will play the title character, who is also known as B or Unute. Expect an R rating and a 2023 or 2024 release date.

The actor has also created Ode to Happiness, which is described as being a picture book aimed at adults and acts as a guide to remind us not to be too serious. Alexandra Grant adds images to Reeves’ text, which tells us how to try to make the best out of dark, depressing situations.

Its mixture of sincerity and gentle humor has helped to make it extremely popular, with online prices for a copy reaching over $1,000 at the time of writing.

We can expect to see a lot more of Reeves in the next few years, as he’s proven to be a versatile and multi-faceted person who has a lot to add to different aspects of the entertainment industry.

Posted on February 19, 2022February 19, 2022
Cleo Rose Elliott was born and raised in the limelight as the only child of the Academy Award-nominated actor Sam Elliott and his actress...
Read More