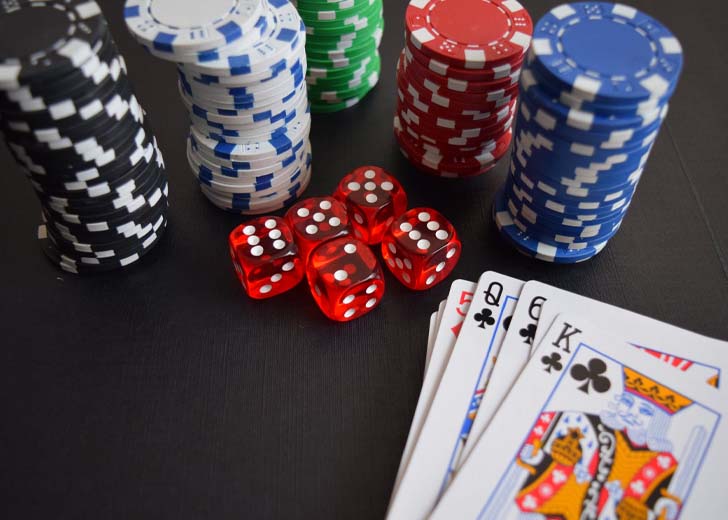 The best casinos on the market are some of the most glamorous places in the world, so it makes sense that stars would flock to casino tables.

There are many stars who enjoy tossing the dice or placing bets when they happen to be in Monaco, Las Vegas, Macau, or Atlantic City, and there are also rumors of secret poker nights and casino games played in private residences, behind closed doors.

Below are some of the many glamorous celebrities, stars, and top athletes who have been known to gamble or bet when the mood strikes them. Check out the list and see if you know of any others which could be added to the list.

One of the most beloved American actors, George Clooney, is a fan of gambling and has been known to step into casinos and play a few games at different tables. It has been reported that he even attempted to buy a casino in Las Vegas in 2005 due to his interest in the industry.

While the 2005 deal fell through, Clooney arguably still gets his kicks playing high-rolling characters in films such as Ocean’s Eleven, Batman and Robin, and Paradiso Amaro.

Perhaps it was the Ocean’s franchise that inspired Brad Pitt, but he continues to enjoy playing poker and blackjack with his fellow celebrities when he gets a chance.

Ray Romano of Everybody Loves Raymond fame also has a decent reputation across America as a talented poker player – some people have all the luck!

One of the most famous high rollers is certainly Matt Damon. Damon has been nominated for Academy Awards at Oscar’s five times and he has won an Academy Award once, so he is truly a titan of the industry.

In order to prepare for the role of Mike McDermott in the film Rounders, Damon was coached by a professional poker player, and he has continued to enjoy playing poker since then.

America’s sweetheart Jessica Simpson is, according to reports, a fan of gambling and placing bets. Simpson was a teenage popstar sensation in the United States in the 90s and 00s, and she continues to make excellently produced, impressive music.

Her released memoirs detail her penchant for games and fun nights out, so it should hardly be a surprise that she enjoys gambling. She reportedly bought a suite at the Palms Casino Resort in Las Vegas so that she could enjoy the proximity to the casino tables down below.

While much of the gossip has not been substantiated, the rumor goes that Michael Jordan is a massive fan of placing bets on everything from casino gambling to the golf course or rock, paper, scissors.

Tiger Woods is famously a fan of blackjack – with such a massive personal fortune, it is understandable that he enjoys playing cards when he gets a chance.

A new way for stars to avoid the limelight

Some Hollywood A-listers, sports stars, and celebrities tire of the attention and limelight, and some of them instead prefer to keep their private lives and interests private. It is understandable that a number of stars would also want to hide their personal hobbies and interests because they want to keep something for themselves and avoid public scrutiny.

The rise of online gambling allows stars of all levels to gamble privately and in peace without having to worry about headlines and articles telling the world which casino games they enjoy and whether or not they are a good gambler.

One of the perks of online gambling is that anyone can play, and it is as anonymous as you want it to be. You never know, one of the other players in a live poker game could be a celebrity enjoying some downtime in between scenes or chilling out after practice.

The online gambling industry has really exploded in popularity recently and there are now hundreds of different online casinos for interested gamblers to choose from. Those who are interested in a more glamourous, high flying online casino experience can play roulette at SkyCity and check out the live casino games on offer.

This article has listed just a few of the many celebrities and stars who enjoy gambling and betting. Some of them are certainly more discreet than others, however, so you can be sure that the real list of gambling celebrities is much longer.