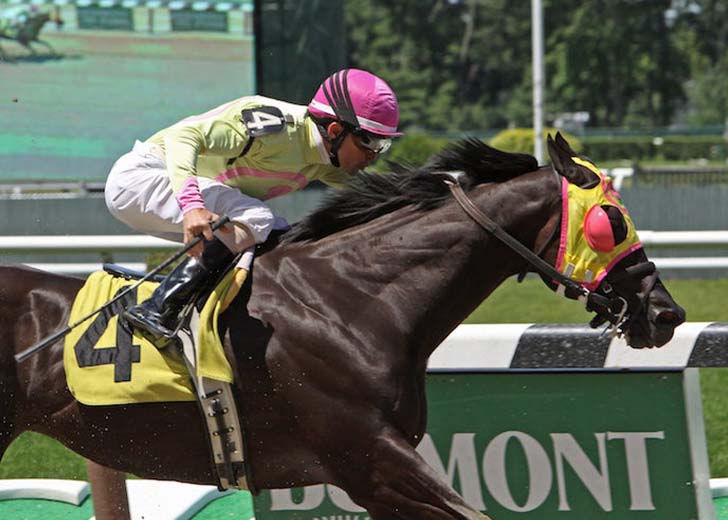 Here is some in-depth information!

There are many marquee sporting events that proclaim “there’s nothing quite like it.” In many cases, this feels like hyperbole, but in the case of the Belmont Stakes, it’s quite literally true.

The historic third jewel of America’s Triple Crown involves three-year-olds running at a distance they’ve never before attempted, and – unless they switch racing surfaces entirely – will never attempt again.

This can make handicapping the race challenging as there’s often little to predict which horses will be able to outlast the others; however, patterns can and do still emerge. Let’s take a look at some of the commonalities of the last ten Belmont Stakes winners (excluding the 2020 edition held at only 1 ⅛ miles and only around one turn).

You can find all of the latest Belmont Stakes information here: twinspires.com/belmont-stakes

With the exception of Justify, who did not race at age two, Creator, who required six tries to break his maiden, and Tonalist, who broke his maiden as a newly minted three-year-old in January of 2014, all of the Belmont Stakes winners in this sample won at least one race as a juvenile. This suggests that a Belmont Stakes winner should have a solid foundation of preparation over a long period of time.

In addition, many of the Belmont winners in recent years also competed in stakes races at age two. American Pharoah was, of course, the juvenile champion of 2014 prior to his Triple Crown sweep, and Essential Quality went undefeated as a two-year-old to take the 2020 juvenile championship. Recent Belmont winners Sir Winston, Tapwrit, and Union Rags all also won stakes races as two-year-olds.

The Run For The Roses

Essential Quality, Tapwrit, Creator, Palace Malice, and Union Rags all failed to hit the board in the Kentucky Derby, and then skipped the Preakness to focus on the Belmont Stakes (though Essential Quality was later promoted to third place upon the disqualification of Medina Spirit).

Interestingly, it does not seem that the Preakness is a good indicator of a potential Belmont victory. Of all ten most recent mile-and-a-half Belmont winners, only the two Triple Crown winners won or even competed in the Preakness Stakes.

Instead, the Belmont winners who did not compete in the Kentucky Derby came from other races. Tonalist came out of a win in the Grade III Peter Pan Stakes, a race generally run the weekend of the Preakness at Belmont Park.

Sir Winston finished second in the Peter Pan five years later, and Ruler On Ice rebounded from a second place finish in the Federico Tesio Stakes.

This year’s Peter Pan winner, We the People, is being considered for the Belmont Stakes, but not Joe, the winner of the Federico Tesio Stakes.

It Runs In The Family

A more specific phenomenon is the prominence of one particular sire. Four Belmont Stakes winners have been sired by 2004 Grade I Wood Memorial winner Tapit, those being Tonalist, Creator, Tapwrit, and Essential Quality.

This triple dose of Belmont victory has clearly carried forward over the generations, and will likely continue to do so as these young sons of Tapit enter the breeding shed.

Posted on November 30, 2022November 30, 2022
Lili Reinhart and Sarah Gadon have an uncanny resemblance, as shown by an Instagram photo Lili shared on her Stories.
Read More