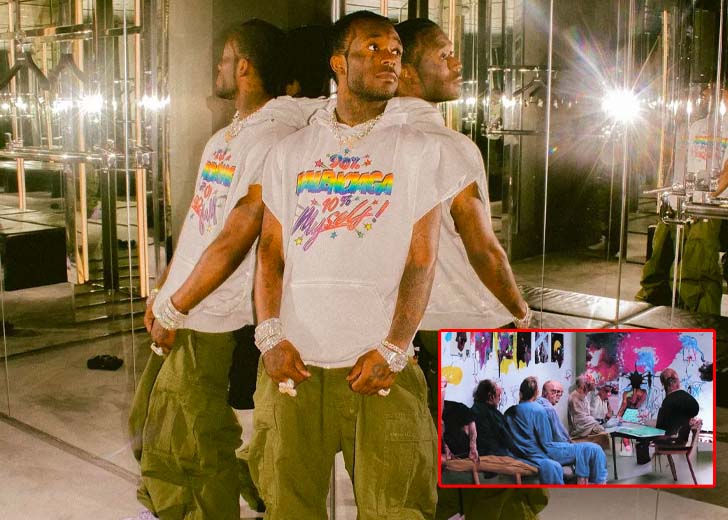 Rapper Lil Uzi Vert recently released the song ‘Glock in My Purse’ from their new album Red & White. And in the new song, the 26-year-old revealed a very interesting memory associated with their father.

They unveiled that when they were a kid, their father thought they were gay.

From what we heard [and read] in the song, Vert’s dad questioned their sexuality because they wore skinny jeans and plaid shirts.

Then, they went on to state that their dad must be happy now since they turned out to be straight, and not gay.

In the same song, Vert also claimed that they were now “way richer than my dad.”

The rapper, whose real name is Symere Bysil Woods, was born on July 31, 1995, in North Philadelphia’s Francisville neighborhood. But not much is known about their parents.

That being said, they reportedly grew up listening to Mike Jones and Ying Yang Twins, and subsequently, they listened to Wiz Khalifa and Meek Mill, too.

Earlier this month, Vert made the rounds for changing their pronouns from he/him to They/Them. They updated the pronouns on Instagram.

This move apparently brought some backlash to the rapper, as some fans claimed that he did so to bring more attention to the new album.

“i can’t believe lil uzi vert changed his pronouns to they/them. I respect him for that so much, he is a goat for that,” someone tweeted.

Another chimed, “Funny how everyone made such a big deal about Lil Uzi Vert changing their pronouns and now is back to using he/him immediately.”

On the other hand, some of their fans, along with their girlfriend, JT from the rap group City Girls, have apparently embraced their pronouns. She even corrected herself on Twitter after she mistakenly mentioned the rapper as “he” instead of “them.”

Vert and JT — who have been dating each other for some time — have an on-and-off relationship. For instance, back in April 2022, the couple announced their breakup just to get back together the same month.

After getting back together, JT even posted a picture of them together and a video of her moving to kiss him on the cheek. In her post, she wrote, “You know I love you like no one else could.”