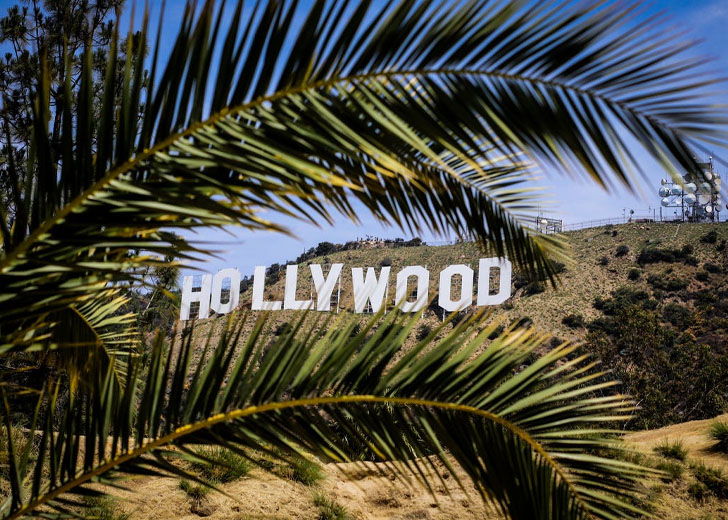 It seems certain that audiences will continue to crave glamour and excitement in each of the areas we’ve looked at here.

We all enjoy some glamour and action in the main types of entertainment that we choose. Yet, this can take some very different forms depending upon what exactly we’re looking for.

Here are the key concepts you’re likely to come across when looking for something to entertain yourself in some of the most popular genres.

Games That Provide a Sparkling Experience

One of the simplest ways to get some sparkle into your gaming is by looking at the slot games in the type of online casino Canada currently has.

If we look at the 888 Casino as an example, we can see Da Vinci Diamonds and Hot Gems among their top titles that are based on a glittering diamond theme, with both slots featuring brightly colored gems as paying symbols across their reels.

The jackpots section then introduces us to titles such as Mega Fortune and Vegas Night Life, where lots of opulence and glitz are on show, together with varied gameplay.

In terms of PC and console gaming, The Sims 4 Vintage Glamour Stuff is hard to beat for pure style. This game features an elegant look with lots of vintage fashion and accessories on the screen.

You can decorate your home with incredibly expensive furniture and you might want to hire a butler to make life that bit simpler for your family by receiving guests and cooking for you. Some reviews suggest that it’s somewhat lacking in gameplay variety, but there’s no doubt that it looks fantastic.

A recent trend has seen some of the most stylish fashion houses team up with video game designers to create extravagant gaming experiences. A good example comes from Louis: The Game, which is a mobile game in which the player travels the globe looking for candles to use at Louis Vuitton’s birthday party.

Afterworld: The Age of Tomorrow transports players into Balenciaga’s Fall 2021 collection, with models who show off the latest fashion scattered throughout the in-game world. These games veer too far towards fashion with not enough action for many gamers, but it shows us that we all have different perceptions of what glamour in gaming should mean.

On the other extreme, the games with the best graphics and action sequences aren’t always about glamorous subjects, but they manage to draw us into a world of action and adventure that gets our pulses racing.

Red Dead Redemption 2, Half-Life Alyx, and Forza Horizon 5 are all on this list of the most attractive games on the Gamerant site. Others might prefer The Legend of Zelda: Breath of the Wild, which was released for the Nintendo Switch in 2017 and covers a huge, gorgeous open world that players can explore freely.

The Ways Movies Bring Glamour to Our Lives

Glamour has always been an essential part of the appeal of movies, all the way back to sumptuous productions like 1939’s Gone with the Wind with its incredible set design and costumes bringing the American Civil War period to life.

It spent more than 25 years as the highest-grossing film and the historically accurate costumes added greatly to its appeal, while the burning of Atlanta remains one of the most thrilling movies moments of all time. Costume designer Walter Plunkett paid great attention to the Antebellum period of American history when ladies made their own dresses by copying designs from popular magazines, rather than buying them from stores.

The 1960s had great-looking films like Breakfast at Tiffany’s from 1961 and 1964’s My Fair Lady leading the way. These movies perhaps lacked action and adventure but helped to introduce audiences to a new kind of style and fast, witty dialog.

1963 saw the release of one of the most expensive movies ever made, with Elizabeth Taylor starring as Cleopatra in the movie of the same name. They famously only had ten minutes of usable footage by the time the production had gone over the budget.

The initial budget of $2 million ended up reaching $44 million, with more than 26,000 costumes used and food flown in from Beverley Hills to Rome for Taylor.

Adventure films such as the Indiana Jones series and Romancing the Stone improved the approach by mixing action and adventure with the excitement of traveling the world in search of fabulous treasures. Mr and Mrs Smith from 2005 raised the stakes by pitting two of the world’s most glamorous stars against each other.

Brad Pitt and Angelina Jolie came together as a real-life couple during the filming of this movie where they play a bored married couple who have each been contracted to kill the other. The stars look effortlessly elegant as they go through a fast-paced set of action scenes with some comedy elements, raising plenty of smiles in the audience as well as looking great.

2022’s The Lost City carries on with the excitement and glamour we’ve seen in the past few decades, by sending Sandra Bullock and Channing Tatum on a wild adventure in search of lost treasures. This release came hot on the heels of Death on the Nile, which immersed viewers in a different kind of charm by taking them on an ill-fated river cruise aboard a luxury ship where the elegant guests are hiding some dark secrets from Hercule Poirot.

What to Expect from Future Releases?

It seems certain that audiences will continue to crave glamour and excitement in each of the areas we’ve looked at here. When looking ahead in the gaming world, the upcoming The Centennial Case: A Shijima Story is an immersive live-action adventure where the player needs to solve a series of murders committed over the course of a century.

Forspoken by Square Enix takes a different approach, with beautifully designed characters and backgrounds expected to help gamers to feel fully absorbed in the open-world setting where magic spells are vital.

Upcoming movies like Downtown Abbey: A New Era, Top Gun: Maverick, and Mrs Harris Goes to Paris all take different approaches to the task of providing us with a stylish, charming on-screen experience. This helps to show how the diversity of the movie industry continues to provide us with so many different options that we can each find ways of getting the perfect mixture of elements to suit our individual tastes.

Everyone looks for the type of glamour that most appeals to them, and the entertainment industry will carry on giving each of us a range of ways of doing this in style.