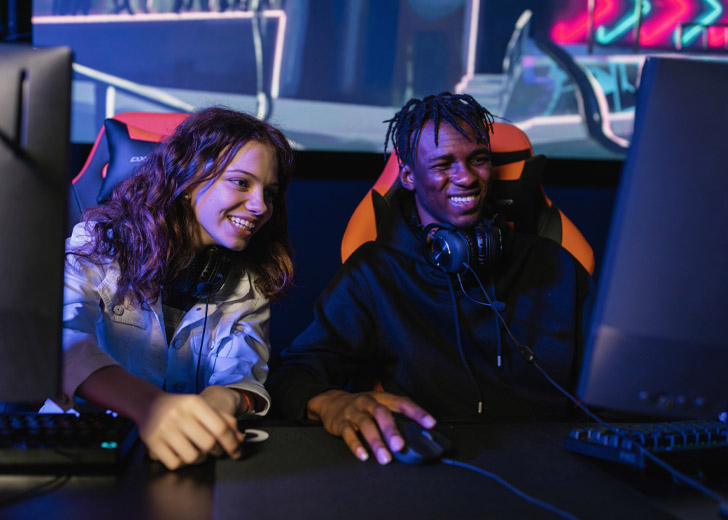 We all know that online games are booming right now. But, what games do you consider to be the finest of all time? By design, it’s a divisive topic, but one we thought we’d tackle.

We narrowed down our final shortlist from millions of titles by evaluating influence, innovation, legacy, societal impact, critical reception, and enduring playability. Of course, there’s always a degree of subjective interpretation with these kinds of attempts.

With that said, here goes…Oh, one last thing. This list is not in any order as that’s a whole different conversation.

1. Dark Souls – From the cult classic to the sleeping giant to one of the most influential action RPGs of a generation, Dark Souls’ path to mainstream recognition was as twisted as the beasts lurking in Demon Ruins. So many games owe their existence to Dark Souls ten years after its release, and developer FromSoftware is already a household name because of its 2011 success.

3. Minecraft – After it was first released as a work in progress in the summer of 2009, word of this strange blocky simulation quickly circulated on PC gaming sites. A community of eager modders gathered around the project, downloading Persson’s version but adding their own rules and artwork. Minecraft has always been a collaborative effort — a labor of love shared by both the developer and the fans. Minecraft had ten million registered players by the time it was fully released in November 2011.

4. The Legend of Zelda: Ocarina of Time – Ganondorf, the King of the Gerudo Thieves, deceives Link while he is a little kid. The evil human uses Link to gain access to the Sacred Realm, where he sets his dirty hands on Triforce and turns Hyrule into a barren wasteland. Link is determined to rectify the problems he helped to cause, so he travels through time with the help of Rauru, acquiring the Seven Sages’ powers.

The characters appeared to have exploded from the screen. The riddles are plenty and enjoyable. Then there’s the story, which rivals any game in terms of both what it says and how it conveys it.

6. Doom – Doom wasn’t the first first-person shooter, but it is often considered the most influential. Everything changed when id Software unleashed this carnage-fest on an unsuspecting world in 1993. It helped define gaming in the 1990s by laying the framework for a wave of demonic shooters.

It provided many gatekeepers of popular culture with a new method to condemn video games. While many people remember Doom as one of the most divisive video games ever made, we choose to remember it for what it did.

8. Half-Life 2 – Alien invasion stories abound in video games. Still, Half-Life 2 is so fantastic that it makes the whole premise seem new and terrifying. Gordon Freeman awakens to discover an Earth entirely conquered by the Combine troops – but a resistance movement grows. The clever environmental puzzles and the well-known gravity gun take advantage of the complex physics engine to make this terrible world feel real. You despise your foes and live every second of your life—one of the most well-crafted story-driven video games ever made.

9. Tony Hawk Pro Skater 2 – Hawk is back, and this time he’s bringing new technology, new pros, and new stunts with him! The ‘THPS2’ legend continues! Take on the role of Tony Hawk or one of the other 12 elite skaters. Create your own skaters from the ground up. There are various game modes available, including 1-player, Career, and Free Skate and 2-player variants such as Trick Attack, Graffiti Tag, and Horse. In addition, you may design your own skate parks with a real-time 3D park designer.

10. The Witcher 3: Wild Hunt – I don’t think we saw this one coming. With two games in the Witcher series already under its belts, CDPR’s third main entry had to live up to expectations – but The Witcher 3: Wild Hunt well exceeded them. TW3 has it all: a complex, believable world; a flawed hero and companions who love and hate him; and quests that will make you laugh and cry.

Pulling off the Modern Cowboy Look: What You Need in Your Wardrobe