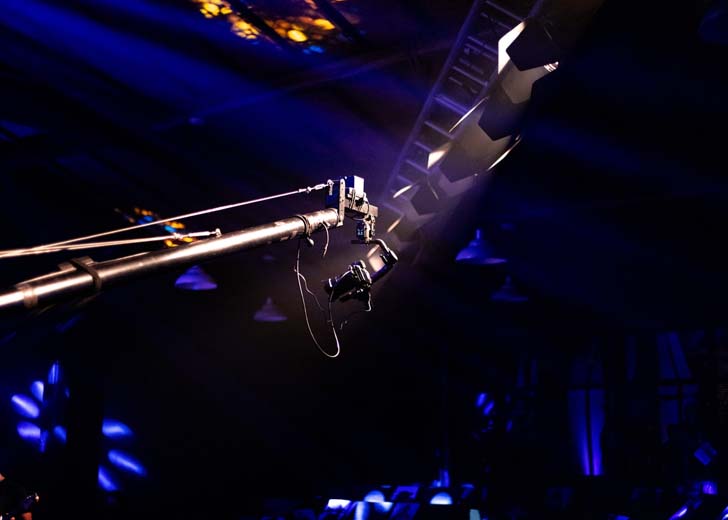 If you want to get started as an amateur filmmaker, it would probably be wise to familiarise yourself with all of the steps involved in creating modern-day videos.

As a newcomer to the industry, you probably won’t need to devote serious time to every one of these steps. You should still be aware of each of the stages, however, as having such knowledge should serve to guide you as you become more experienced and are working to improve the quality of your videos.

Most YouTube content used to be simple home videos less than two decades ago, yet today there are hundreds if not thousands of semi-professional YouTubers releasing videos. These amateur filmmakers are using professional tools such as Adobe Premiere and After Effects, just like their idols in Hollywood.

This is almost always going to be the shortest and simplest phase of the job, but that doesn’t mean you should be tempted to skip it. In any type of creative endeavor, a solid idea makes for a far more straightforward production process.

In the movie world, the development phase will usually consist of planning the outline for a full script – it may be an original production, or it might be based on an existing story, book, or even an earlier movie.

Whatever the source material might be, the director will eventually sign off on the storyboards and outlines before working with one or more writers to create a detailed outline of each act. This stage is usually finished when the progression of the film’s story has been fully fleshed out.

Moving on from your development work means starting to consider elements such as how much money you have to spend – this single number is going to determine several things, including who is going to appear in your cast, how many crewmembers you can afford to hire, and what equipment you will be able to use.

Bigger projects will often require a dedicated production manager for this stage of the process. This person will be responsible for managing the budget, creating a schedule, and planning the locations where you want to shoot. Permits will be required, contracts will need to be drawn up and signed, as well as planning for the later stages of the project.

Many amateur filmmakers will be used to simply starting here and dealing with any issues as they arise. That might be a viable strategy for the smallest of projects, but the lack of planning will eventually become obvious to everybody involved once you start getting more people involved in your work.

The production phase will often blend with the photography phase, as you are likely to be shooting video on most of your production days. Ideally, you want to work according to the schedule (and budget) that you have previously worked out at the pre-production stage.

This is where things get serious – you are finally shooting video, which means you are going to require your actors and production crew on-site at all times. Your production team will usually have prepared each location in advance and set up props in their initial positions, but only if you have managed everything correctly.

Making sure that all of the equipment and personnel necessary for the next day’s work is critical to your success during the photography phase – if your production team has planned everything correctly for you, the amount of time where you require the most expensive cast members and recording equipment on-site will be minimal. The better your planning has been, the smoother things will go.

Before you send your actors home and return the cameras, lighting, and sound equipment to your suppliers, you are going to have to make sure that you have got everything you need on film. Checking that you have what you need before dismantling sets and disassembling props is vital – there is no going back once the wrap is completed.

The more complicated your project is, the more detailed (and expensive!) your post-production phase will need to be. Any scenes that have been shot in front of a blue screen require compositing with the backdrops you have shot on film, and the longer your project is the more difficult it will be to ensure things stay consistent for the entirety of the run-length.

Sound effects and music will also need to be set to your video, which itself can require an entire team of skilled and experienced post-production crew. The best way to handle this stage of the project is to start with a rough cut, and then set yourself goals for each subsequent pass until you have a final draft that you are happy with – the so-called “golden sample,” or master.

Once you have finished creating your latest masterpiece, it is time to get it out there and show it to your audience! This is how you make back the money you have spent on all of the previous stages, which is why it is so important to be realistic about your budget during the earlier phases of your project.

Creating a film for distribution in cinemas might well be your ultimate goal, but don’t expect to get there overnight. Target the smaller, free-to-user streaming services such as YouTube and TikTok first, build a sizable subscriber base, and if you make it that far… What is stopping you from approaching the “major” streaming services such as Amazon, Netflix, or HBO Max?

Now you are familiar with the seven stages of professional filmmaking, ask yourself: “Could I improve my existing projects by applying a more professional production process to my work?”

All You Need To Know About Skrill