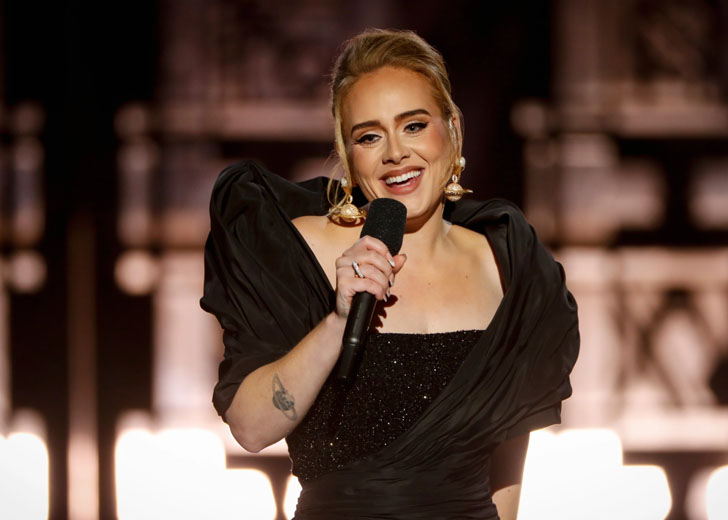 Adele was scheduled to perform for two shows every weekend until April.

Normally bloggers write about the best and worst concerts that have happened recently, and they let their readers know about the upcoming top music shows and concerts

Many bloggers had been preparing to attend the Las Vegas residency of one of the world’s top music stars. Adele was scheduled to perform for two shows every weekend until April, and there was a vast number of fans and music reviewers who had been looking forward to this for ages.

The ‘Weekends with Adele’, as we know, didn’t happen. Given that the world is missing reviews of Adele’s Las Vegas shows, let’s look at what happened. The question most critics and reviewers are asking is, has she begun to break?

After so long in the business and the industry’s ups and downs, the sad songs keep coming, but perhaps Adele needs a rest.

The manner in which the shows were canceled, only 24 hours before she was supposed to open, has left many feeling that she has done irreparable harm to her music career and reputation.

The opportunity to headline in Vegas at some of the best music arenas in the country was something that other entertainers can only dream about, and it seems as if Adele has simply laughed it off. Yes, she may not have been ready, but she was then singing and partying a mere few days later.

As a professional entertainer, the underlying truth that the show must continue just wasn’t adhered to and should have been. Adele had set the toe with a fantastic show to release her new album and then at the Brit Awards where she simply cleaned up.

We were all waiting for what was hailed to be the best Vegas residency in a long time.

Raising questions as to her professionalism

She noted that her show wasn’t ready, with all the time she had to prepare, it was a bit of a quandary as to why it wasn’t ready.

Yes, she’s had a lot to go through in recent times, and perhaps we should ‘take it easy on her,’ but the fact of the matter is that people had spent good money on these tickets, booked and had already traveled. A little forewarning would have been the decent thing.

Adele is a top performer, and all of her albums have been received with critical acclaim; she has been noted as the most down-to-earth professional, a diva she was not. Then there is her most recent night out, which simply speaks volumes as to perhaps why the show wasn’t ready.

Perhaps she isn’t a diva, but just doesn’t care as much as she used to.

A tighter schedule coming up

The result, unfortunately, is going to be a very tight performing schedule as the singer will look to make back these dates. There will also be a great deal of waiting and uncertainty in relation to any Adele concerts and the advice is to have your backup entertainment on hand, such as the casino games at www.cafecasino.lv, which definitely wouldn’t be canceled at the last moment.

Needing to think about having backup entertainment isn’t normally associated with a great entertainer like Adele, but worse may be yet to come.

What fans need to realize is that as she tries to make up for these cancelations, there simply won’t be the available time and physical wherewithal to fit them in with a full program of concerts, festivals and comedy shows that the singer seems to now also enjoy doing – hence the idea to plan ahead and take your own entertainment with you as we anticipate future cancelations.

With many people having been sorely disappointed by the last-minute cancelation of Adele’s Vegas shows, it’s not easy to understand the move and not wonder why the shows weren’t simply postponed instead, until the show was ready.

Adele is a fantastic performer and, most of all, a great singer and songwriter. However, there is a need to ensure that even with all this talent, she is able to understand the implications of the decisions she is making.

Yes, she has had a fantastic career thus far and is expected to continue to be at the top of the music world or some time to come, but with the facts as they are, it is perhaps time for those around Adele to provide the support that she so obviously needs and has been crying out for on all of her albums.