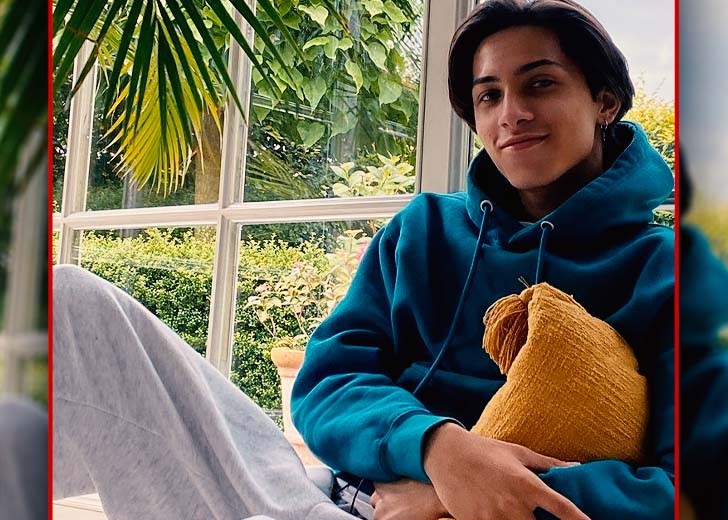 Milos Guzel is a rising internet personality who has garnered the limelight through his POV videos on his milos.guzel TikTok handle. As of now, he has accumulated more than 4.6 million followers and 196.1 million likes on the platform.

He first tasted the limelight when his “when your gf tries to get your attention” video started getting attention. Later, his popularity was boosted when he began making videos on the “Falling” trend.

Read on as we discover more about him, including his age, height, parents, nationality, and more!

Born in 2003, the TikTok star is presently 18 years of age. Guzel celebrates his birthday every year on July 30. Additionally, his zodiac sign is Leo.

Who are Milos Guzel’s parents?

Although he hasn’t shared the details of his family, he has consistently mentioned his father and mother on his TikTok and Instagram posts.

Apart from his parents, it seems like he has two siblings: a brother and a younger sister. However, like his parents’ details, he hasn’t shared anything about them. Nonetheless, he has made several POV videos about his siblings and shared them on TikTok.

As per reports from online outlets, Guzel has a tall height. He stands at a towering height of 5 feet 8 inches or 1.73 meters. He has a well-maintained body and weighs around 53 kg or 116.85 lbs.

Coming over to his nationality, several outlets have reported that he is American. Additionally, some have mentioned that he was born and raised in Bratislava, Slovakia, and is a Slovak.

However, all of that is false information. Instead, he was born and raised in the suburbs of Belgium. So, his nationality is Belgian. Guzel himself mentioned his birth country during his video Q&A with Famous Birthdays.

Fans of the TikTok star have been keen to know his relationship status and learn if he has a girlfriend or not. And, as he is only 18-year-old, the question of him being married to a wife is obviously gibberish.

So, does Guzel have a girlfriend? Well, it’s currently unknown if he is dating someone or not. He tends to keep his romantic life upto himself only. Additionally, there have been no sightings of a girl on his Instagram handle who can be regarded as his girlfriend.

But, Guzel does have a lot of POV videos related to relationships and girlfriends on his TikTok handle. So, is he keeping his relationship with his partner a secret?

Nothing could be said about that as he is known amongst his followers as the one who uploads flirty vidoes. And it’s possible that he only made those videos for fun.

Milos Guzel sitting on the roof of a school bus (Photo: Instagram)

To conclude, it’s best to say that Guzel might be single now until he introduces someone special to his followers.

For a rising internet personality, it’s pretty abnormal for Guzel not to be available on a few social media platforms.

As to which social media platforms he doesn’t use, he is presently not available on Twitter and Snapchat. The TikToker himself mentioned it in the above-mentioned Q&A with Famous Birthdays.

Coming over to what he uses, Guzel is only available on Instagram. He opened his account in February 2021 under the username @milos.guzel. As of now, he has over 216,000 followers on the platform.